Are you a dentist?

Are you a dental technician?

Did you know that...

Once the Dental Team company was founded, it became evident that the market requirements and the dynamics of the dental sector were changing. Given the strong will to portrait ourselves as a leader in quality service and innovation, a thorough analysis was done to try and predict the future of our industry and become its advocate rather than pursuers..

The result of this analysis was clear and unambiguous, giving us a clear direction to focus on:

THE DIGITALIZATION OF THE PROCESS OF ACQUISITION, PROCESSING AND PRODUCTION OF MEDICAL DEVICES.

The first step in this digital revolution was to invest heavily in industrial milling and related modeling and milling software.

The very high precision found in the products and immediacy of modeling and changes obtainable at the software level have confirmed the goodness of the investments made, especially if opposed to the times and limits of precision that traditional techniques (Cast Fusion, metal casting) imposed on job done. 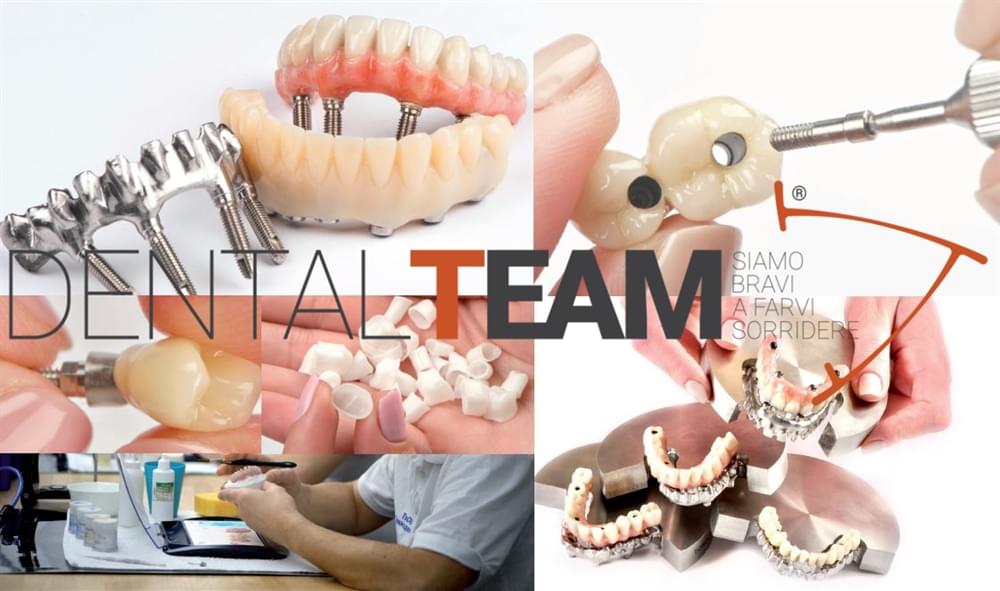 At this point it became clear that enlarging the Company's digital portfolio was a priority.

The investments made in this regard range from the scan of the fingerprints in the laboratory, which allows create the 3D models of the structures to be milled, to the purchase of laser melting machines which sinter the structure starting from metal powders.

Over time we have understood that equipping ourselves with the latest technologies was not enough without the creation of manufacturing protocols and the precise definition of quality standards.

The next logical step was therefore to focus on training our workforce and to create a network in the production process in which the new technologies and the traditional industry worked together..

Most recently we has made a stake on 3D-Printing, which today allows the creation of prototypes in resin starting from 3D scans and whose technical possibilities will expand in the coming years.

Our intention is not to limit these changes and improvements to our company. The commitment we have taken is to make us beacons of the digital revolution which combines the industrial precision with the odontotechnique expertise of over 25 years, addressing medium- and large-scale dental practices.

PHOTO 2
Customization of ceramic elements by a skilled dental technician

Attention
In compliance with the New Guidelines of health advertising concerning medical devices, in vitro diagnostic medical devices and medical-surgical devices of March 28, 2013 and the Guidelines on the use of new means of dissemination in health advertising of February 17, 2010 of the Ministry of Health, the information contained in the site https://www.dentalteamitaly.com/ are reserved exclusively for professional operators and medical health personnel, reporting data, products and goods that are sensitive to the health and safety of the patient. >
By closing this warning I declare to be a professional operator.
Close